Influenza is influenced by climate change.
But you can help climate-proof your medical costs. 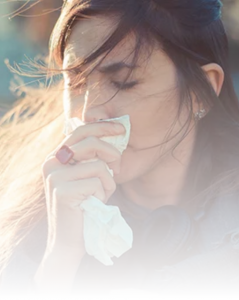 The flu season is hitting us hard this year. Unfortunately, this is not a coincidence. Although flu season typically lasts from September to March every year, scientists believe a warming climate may be speeding up influenza’s arrival. Not only that, but making it much more severe.

Data from Arizona State University shows that heavy flu seasons follow warm winters 72% of the time, and begin an average of 11 days earlier. The good news for us is that the flu’s ability to spread depends heavily on cold and dry conditions, so warm winters (which are increasing) render influenza less transmittable. The bad news: this leaves a higher percentage of the population without immunity for the next season, leading to a stronger outbreak and more severe and fatal cases if winter conditions normalize the following season.

This doesn’t necessarily mean warm and typically cold winters will alternate. We expect to have more and more warm winters, which will only make a typical winter flu season more extreme when it comes back around. Just like allergies and asthma, scientists at the university predict we should all expect more intense flu seasons as climate change progresses.

Your costs can be significant

An estimated $10.4 billion is spent on medical costs for hospitalizations and outpatient visits for adults who contract influenza. This breaks down to $135 per day that employers pay when an employee calls in sick. For those of us with jobs that don’t include paid sick time, the average person loses $92 per year when they get sick. And on top of missed work, illness from the flu costs the average person about $130 visiting the doctor and purchasing medicine.

For those more vulnerable to the effects of influenza (children, elderly, or those with chronic conditions), the medical costs are far higher. A few years ago, more than 7,200 adults were hospitalized with flu cases, with half of them over the age of 65. At least 53 children across the country have died from the flu only this season. In New York City alone, the flu has sent 3,105 people to the hospital since the season began, a 33 percent increase from this time last year.

You can help climate-proof your medical costs by getting your annual flu vaccine to increase immunity. Don’t make the mistake of being lulled by a mild flu season the previous year; it only means this season is likely to be a lot tougher. Find your local vaccination clinic by visiting VaccineFinder.org. Spending around $30 for a flu shot is much cheaper than the hundreds you will shell out if you get sick. And of course, you will avoid the whole “sick” thing.

Next Post
The future of the Winter Olympics is in jeopardy