Could conservation become a Conservative cause?

This Congress has considered over 50 bills relating to climate change, the previous Congress over 100. For one reason or another, Conservatives have turned up their noses at virtually all of them. 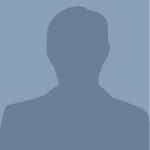 Working for a GOP House Member. Opted to remain anonymous for job security.

Now comes GOP Congressional staffer, Eric Bradenson, who gets a Conservative organization’s award for his essay that begins

“Someone in the GOP needs to say it: conservation is conservative; climate change is real; and conservatives need to lead on solutions.

“Barry Goldwater and Ronald Reagan fought to protect the natural rights and property rights of individuals, living and unborn, from infringement by environmental degradation and pollution. Justifying inaction because the science isn’t ‘settled’ is like saying we shouldn’t take on Social Security reform because we don’t know whether it will go bankrupt in 2030 or 2035.

“A conservative alternative envisions a phase-out of subsidies for all sources of energy coupled with a revenue-neutral carbon tax swap. Reducing income taxes can spur growth and investment. Greater competition would take hold by creating a level playing field, since consumers would be paying the real prices for each form of energy. Each source would compete on price and reliability and the best one(s) would win out, resulting in the most efficient allocation of capital.”

When I read the projected costs of climate change our children face, I think ‘Hooray for Bradenson.’ (Whoever Bradenson is. The topic is so poisonous among fellow Hill Conservatives, he or she had to submit the essay under a pseudonym!)

How can I encourage this thinking among GOP legislators?

When joining a solar garden, location is key

To lower your energy losses stick close to transmission lines. A new study published in the Proceedings

Community Solar: No roof? No money? No problem.

Lower your costs and expand your solar access with this community energy plan. The demand