Did reasoning evolve for argument,  not for truth-seeking?
New psychological research (and of course American politics) suggest so. 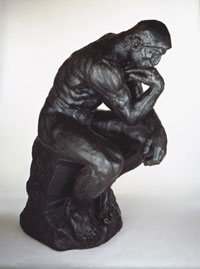 Here I am, trying to see clearly what’s ahead. Should our family . . .

. . . try to dodge the personal costs from climate change? Or is that just a hoax?

. . . re-plan our retirement around shrinking Social Security and a down market? Or is another boom coming?

I keep searching for the unbiased,  carefully-reasoned,  fact-based answers that must be out there.

A recent cognition study tells us

“The function of reasoning should be rethought. Our hypothesis is that [it] is argumentative. It is to devise and evaluate arguments intended to persuade. . . Reasoning doesn’t have this function of helping us to get better beliefs and make better decisions. It was a purely social phenomenon. It evolved to help us convince others.”

What did the researchers see?

“Poor performance in standard reasoning tasks is explained by the lack of argumentative context. When the same problems are placed in a proper argumentative setting,  people turn out to be skilled arguers. Skilled arguers, however, are not after the truth but after arguments supporting their views. This explains the notorious confirmation bias [cherry-picking evidence and logic to support our own ideas]. This bias is apparent not only when people are actually arguing but also when they are reasoning proactively.”

As the The Edge puts it, “The Argumentative Theory is . . . strikingly relevant to contemporary affairs, including political discourse, higher education, and the nature of reason and rationality. It is likely to have a big impact on our understanding of ourselves and current affairs.”

Niels Bohr, as scientific and rational as anyone who has ever built an atomic bomb, emphasized, “It’s difficult to make predictions, particularly about the future.” If using facts and reason to look ahead is so badly hindered by the Argumentative Theory, maybe I should

and more effort simply reducing our needs across the board.

Apply your reasoning skills to this new theory; what do you think?