We can learn to do with less

Taxes are purchases.
Lots of what we buy is being discontinued.

What do we do if our grocery, garden center, or pharmacy hasn’t been getting enough revenues to keep them in business? Look for other vendors? Start a local coop?

More likely, we do without.

Many services will be closing or downsizing across the country in the next few years. Historically, we’ve purchased these with our federal taxes – things like healthcare for the elderly and the poor, foreign aid, basic research on new technologies, and poison prevention. 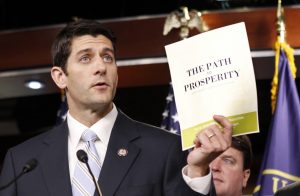 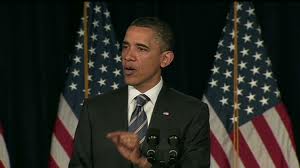 The recently-announced Obama and Paul Ryan plans for cutting the federal budget have huge differences between them, but one way or another, major services that families now buy from Washington are going to be ‘discontinued’ items.

We do need to cut the federal budget. I know that, but I don’t like some of the proposed cuts. Nevertheless, I’m taking it as a given – a new, poorer world we and our children have to operate in.

Some changes may be painless. Perhaps we don’t really want the F-35 fighter. Washington may not need 3,000 political appointees. Over the coming months, each of us will be maneuvering politically to defend the services we value.

But, liberal or conservative, we should also be maneuvering our lifestyles, our finances, and our feelings about America into new less ambitious positions. We need to find ways to support old age, pay health costs, encourage technological progress, help the poor, educate kids – whatever is important to each of us – with far less government help.

Some say we can turn to state governments or commercial suppliers to buy safety at the airport, healthcare for our veteran or low-income neighbors, research on disease, or help for the unemployed? But with what money? Government services will drop; taxes won’t!  (At least for you and me).

It’s as if our hardware store closes its doors but keeps on charging our credit card to pay off its debts. Most of us are going to need to downsize our lives a bit. We can do it. The sooner we start, the better.

Will your hometown find it extra costly to recover from the ravages of global warming? When it