A bipartisan commission can’t agree on ways to reduce the budget deficit.
What chance does Congress have? 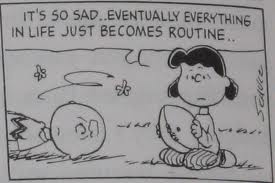 A group of our nation’s wise men have agreed that ballooning interest from the nation’s mounting national debt threatens to drown the economy by 2020. And drown our kids in debt.

These men and women on the President’s bipartisan debt commission have been wrangling over what types of drown-proofing the country needs.

On the heels of Congress’ decision to keep taxes low for everyone, and after months of internal horse-trading, the commissioners still didn’t approve their own plan for submission to the President and Congress. After months of thought, they can’t agree on even a menu of balance-the-budget ideas.

The plans are politically scary, of course. They would eliminate the mortgage interest deduction, raise the age for Social Security while reducing its benefits, and cut hundreds of tax breaks. But they do bring the federal deficit under control over the next ten years.

And the most recent disappointment: President Obama has rejected the Commission co-chairs’ recommendation for a budget summit with Congressional leaders early next year.

If the architects won’t sign their drawings and the client won’t discuss them with the builders, how is the house going to be built?