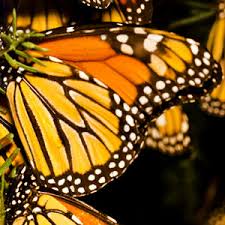 The biggest challenge from climate change is not preventing it, nor adapting to it. It’s persuading people to even consider preventing or adapting.

Al Gore’s save-the-planet exhortations – like “confront the greatest challenge humanity has ever faced” – haven’t grabbed most Americans. I keep hoping our stories here in Climate-Proof will trigger readers to take tough decisions and difficult actions. So far, most Americans aren’t getting it. But now there’s some new, more intimate, educational writing coming to our rescue: Cli-Fi!

They may not have their own shelf in your bookstore yet, but novels set in a climate-changing future are being published every week. Some are dystopian novels. Others are set in more upbeat futures after the world changes, such World Made by Hand. But novels whose characters are just beginning to perceive the growing damage to their lives seem the most realistic and engaging. And therefore persuasive.

Like Flight Behavior by Barbara Kingsolver set within an American farming family.

“They’d lost the late-summer cutting because three consecutive rainless days were needed for cutting, raking, and baling a hay crop… . The world of sensible seasons had come undone. . . This last week of rain had stacked up more layers of crazy on folks who had lost whole harvests and the better part of their minds to a year of drizzle. Water torture, they were calling it on the radio. . . Taxes went up, and he’s got a balloon payment on his equipment loan. You and I are behind on our house payments. Money’s coming in even lower this year than last. He’s thinking we’ll have to buy hay out of Missouri this winter, after we lost so much of ours.”

Flight Behavior is a first class novel, a good read even if you don’t tune in to the climate threats building around its characters. For many of us, however, it will be more – a persuasive way to be there, to feel our personal and community finances contracting, to understand that unless we take difficult early actions our wallet and lifestyle are threatened in ways we don’t yet see.

Next Post
Is Hurricane Florence the trap door under coastal home values?